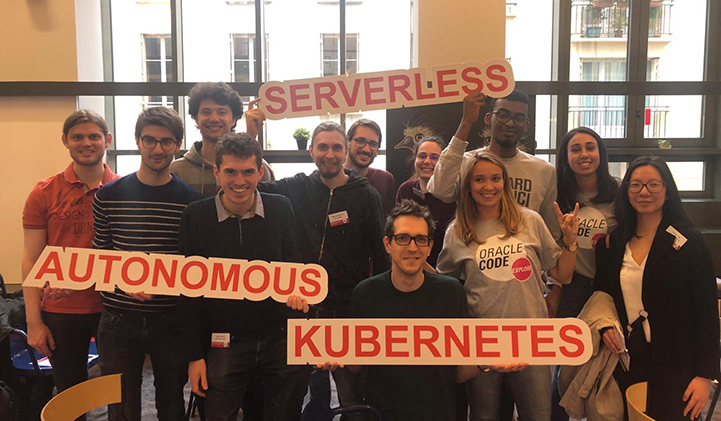 Oracle France, an American software company, threw a meet-up day in Paris for both students and pros in the web development field. Conferences, networking and new tech presentations were to be expected.

Fifth-year students majoring in Web Development were invited to the Oracle Code Explore. They were joined by students that took part in the IT security module. About 30 students from IIM went to the event. They had the chance to learn about technologies of tomorrow, like Kubernetes, Docker, Serverless, Chatbot and the first autonomous database in the world, Autonomous Database. 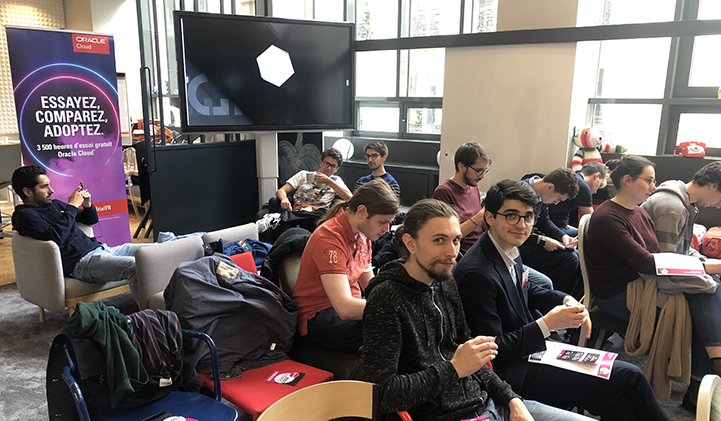 The Oracle Code Explore exposed the latest technological innovations to the web developers. This year, the emphasis was put on the data automatisation and autonomous tech, which caught the students’ interest:

“The Autonomous Database was the conference that surprised me the most!” Adrien Cadot explains. “It’s interesting to see this tech that can now solve developers’ issues by its own. I’d like to use this tool for my microbusiness.”

“The software can deal with all kind of data for the user. It saves a lot of time for the companies” tells Alexis Bougy. “It’s a new way to handle data,” adds Damien Duvernois. “No need to manually change the setups anymore, the software adapts to the user’s needs.” 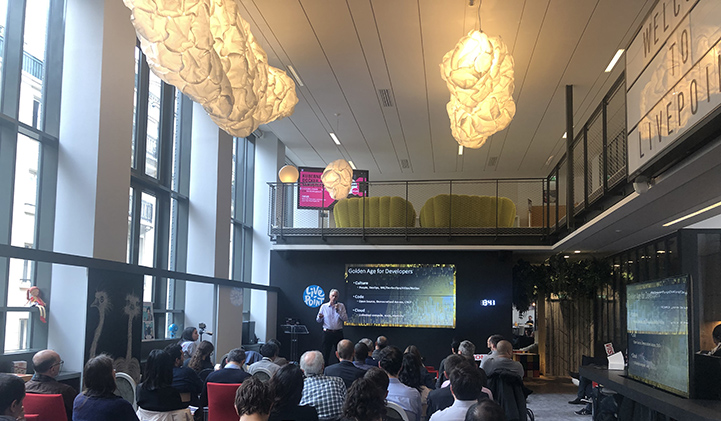 According to Bob Quillin: “We are currently living web development’s golden age.”

Students were welcomed in Oracle’s headquarters in the early afternoon: “Oracle had done everything for their guest to spend the best day possible. The mood was warm and cosy.” Corentin Fischer explains.

The first conference, presented by Bob Quillin, Oracle Developers Relations’ vice-president, was focused on Web Culture, Coding and the Cloud. He shared his decades of experience as a web developer to the guests.

Then there was the highly expected conference about the Autonomous Database. Then the 3 p.m break allowed the students to meet the professionals and the other guests. The third conference was about Chatbox and digital assistants, a subject that students thought very interesting:

“Oracle Digital Assistant is much more that a Chatbox”, Robert Mathieu tells. “It’s a tech more advenced that what you could find on the market. A digital assistant can take into account the language’s subtilities. It can gather several bots to offer a well-rounded service, that adapt to the client.”

At the end of that day, Oracle showcased serverless functions in daily situations like hotel, car or plane reservations. The conference was made with the software Fn Project.

IIM students learnt a lot of new pieces of information about the future of web development tools. The ones who are studying web develoment were able to discover the tools that they will be using in their future professional lives, and the ones who are majoring in other fields could discover their classmate’s universe and expand their digital culture.

We use cookies on our website to give you the most relevant experience by remembering your preferences and repeat visits. By clicking “Accept All”, you consent to the use of ALL the cookies. However, you may visit "Cookie Settings" to provide a controlled consent. Read MoreCookie SettingsReject AllAccept
Manage consent

This website uses cookies to improve your experience while you navigate through the website. Out of these, the cookies that are categorized as necessary are stored on your browser as they are essential for the working of basic functionalities of the website. We also use third-party cookies that help us analyze and understand how you use this website. These cookies will be stored in your browser only with your consent. You also have the option to opt-out of these cookies. But opting out of some of these cookies may affect your browsing experience.
Save & Accept